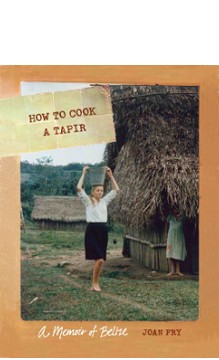 How to Cook a Tapir

For her third and most widely acclaimed book—not about horses, and not a how-to—Joan returned to British Honduras, now Belize, and her experiences living in a small, isolated Maya village in 1962-63 with her first husband, an anthropologist.  While her husband did field work and talked to informants, Joan’s job—for which she was actually paid (by the local priest, even though she’s not Catholic)—was to teach the village children how to read and write English.  But her greatest challenge was learning how to cook.  She grew up eating her mother’s cooking—and then, at the University of Michigan, eating dorm food.  An “Outdoor Cooking Badge” from the Girl Scouts was not adequate preparation for turning unrecognizable body-parts of bush meat into stew while living in a house in the jungle with no electricity or running water.

How to Cook a Tapir: A Memoir of Belize (University of Nebraska Press, 2009) was an immediate hit.  It received excellent reviews from Susan Salter Reynolds (the Los Angeles Times), travel writer Lan Sluder (belizefirst.com and author of Fodor’s Belize 2008, and Sandra Tsing Loh, writer (Mother on Fire), performance-artist, radio commentator, and a regular contributor to the Atlantic Monthly.

Novelist (Bridge of Sand), essayist, and playwright Janet Burroway—who also authored Writing Fiction: A Guide to Narrative Craft, now in its 8th edition—writes, “[Fry’s] transformation [from a 20-year-old college sophomore] into a woman who can cook on a stove made of river stones, pave a dirt floor with a paste of ash, slice a tarantula with a machete, and bond with her Maya neighbors even as she cools toward her anthropologist husband is stunningly honest, moving, and convincing.”

In an otherwise curmudgeonly review by Walter Biggins in bookslut.com, he admits (reluctantly) that “Fry had to learn to be as socially bold as the people around her, just to survive. Also, she had to learn to cook, or she and Aaron would starve.”  He then quotes a recipe for Convict soup—dried Knorr soup, add water.  At the time Joan had taken up residence in a local jail where she waited for her husband to come get her, cooking on a Primus stove.  “Two things get revealed there: one, Fry’s dry, blunt wit, which she directs at herself as much as anyone else; and two, her keen but practical interest in cooking,” Biggins observes.  “She observes familial habits with acuity, and captures the nuances of how children talk and play and learn.”

Author and anthropologist Richard Wilk (Academia.edu) observes that “a good deal of her time was devoted to trying to be a good housewife, an enterprise doomed to fail.  Her experience growing up in middle-class America hardly equipped her for killing a live chicken or dealing with snakes in a dirt-floored house. Fry’s writing brings out the rich comedy of these moments very well. She vividly portrays the flavor of that strange moment just before the colony of British Honduras became the independent country of Belize. Most importantly, she is able to portray cultural difference, while at the same time introducing us to real individuals with whom she formed close personal relationships.”  He concludes by saying, “In the end the book is good fun. It is hard not to think that she was not quite so submissive, nor her husband such a clod, but all the other characters are gently, fondly and believably portrayed.”

In 2009 How to Cook a Tapir was honored with a “Best Book” by Gourmand, the international food and wine society.  A paperback edition came out in 2012. 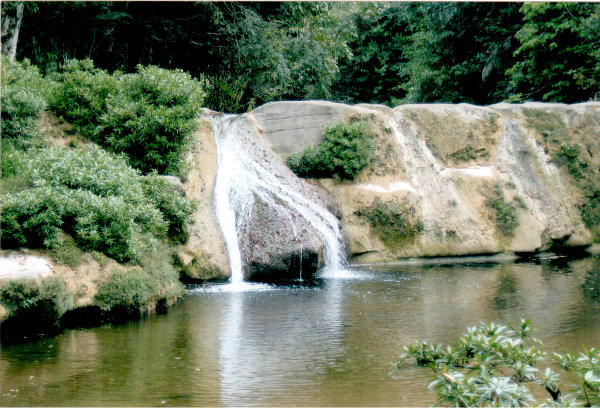 She blogs about the Maya of Belize at http://mayabelize.wordpress.com and horses at http://backyardhorsekeeping.com